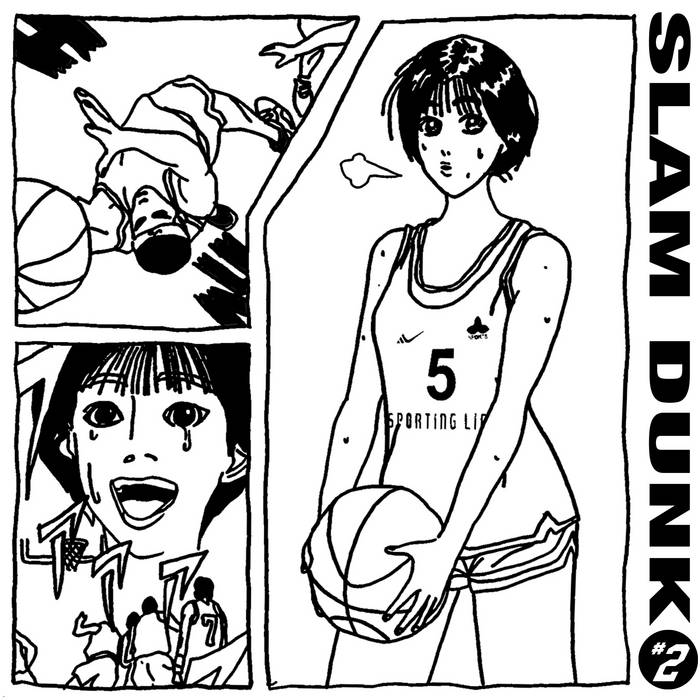 Following on from his R&S debut ’ 55 5’s, a 10 track mind-bending beat tape that bristled with promise and originality, Sporting Life AKA Eric Adiele returns to the label for a trio of EPs titled ’Slam Dunk’ due for release over the next few months. Comprised of ear-popping instrumentals, illustrious remixes / guest vox and even a range of apparel, ’Slam Dunk’ drawing on his love for Takehiko Inoue’s massively popular manga series of the same name, and the stupendous grace, power and agility of the storied basketball greats. The aforementioned guests are drawn from Sport’s friends and contemporaries including Actress, Dev Hynes, Wiki, Novelist, Evy Jane and Galcher Lustwerk who co-incidentally provide a fitting context as a prism within which to contextualise Adiele’s day-goo beat fantasies.

Defying the bombastic opening instalment of the series, Slam Dunk II kicks off with the heady yet subdued romance of 'Court Vision’. Featuring a yearning, wistful vocal courtesy of Eve in typically memorable form - minimal 80s synth chords throb with emotion, underpinned with a tough drum pulse to heavenly effect. 'I Love This Game’ stays in the diaphanous mood of the release poignant oscillating pad swathes drift through the gloom, underpinned by hiccuping ghetto tech drums, while  'Skip To My Lou' latices of guitar chimes weave in counterpoint against a bombastic breakbeat backing to nostalgic effect.

To close out the release, arch beat manipulator Actress turns in a stunning, typically deconstructed remix - alternating between using the full vocal, and slivers of breathless cries,  swathed in heartbreaking strings and a sullen drum figure, the mood is one of melancholic hauntology.

Bandcamp Daily  your guide to the world of Bandcamp